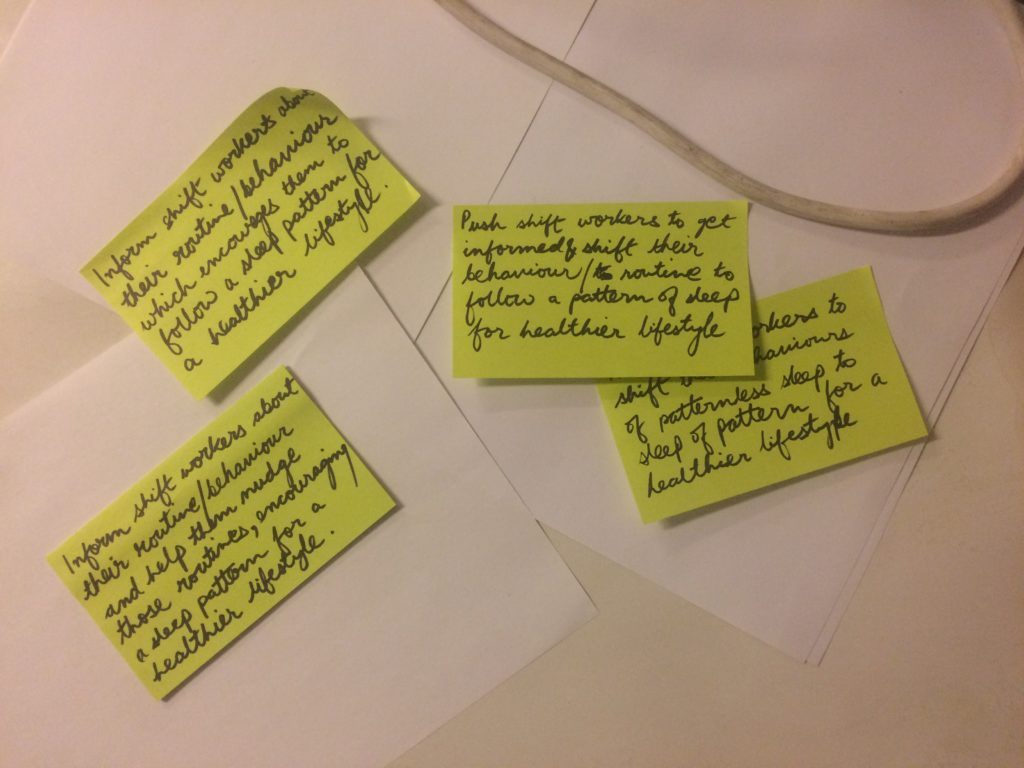 I put up the quotes of the respective people and tried to cluster them based on themes.

While conversing with David, he told the tools used for the artefact is less important than what they used for (paraphrased). It’s a known fact but I told him about my concerns of building confidence in my skills and abilities and choosing this topic as a vehicle to achieve that.